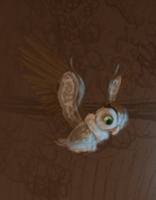 Artemis, an immortal wise owl, was named after his godmother, the goddess Artemis. He was the favourite of the Greek Gods, praised for his wisdom and ingenuity, until his arrogance led him to do something horrible. (We do not know what--maybe he's responsible for the sinking of Atlantis? It has to be something truly horrific.) As punishment, he was expelled from Mount Olympus and given to Cornelian as a slave. Cornelian was instructed to teach Artemis to behave himself.

After a rocky start, the two became best friends. Cornelian has power over Artemis, but he does not believe in slavery, so Artemis became his assistant and companion instead.

Artemis can be a diva. He loves to be pampered, is nocturnal, and has a mild obsession with tea.

He is also the logo for Mili Fay Art. 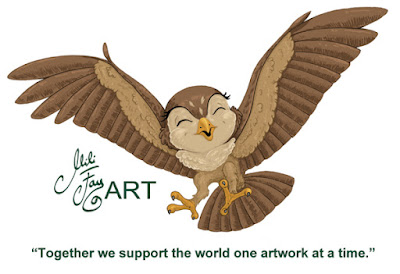 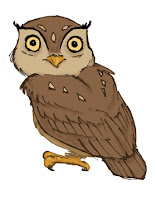